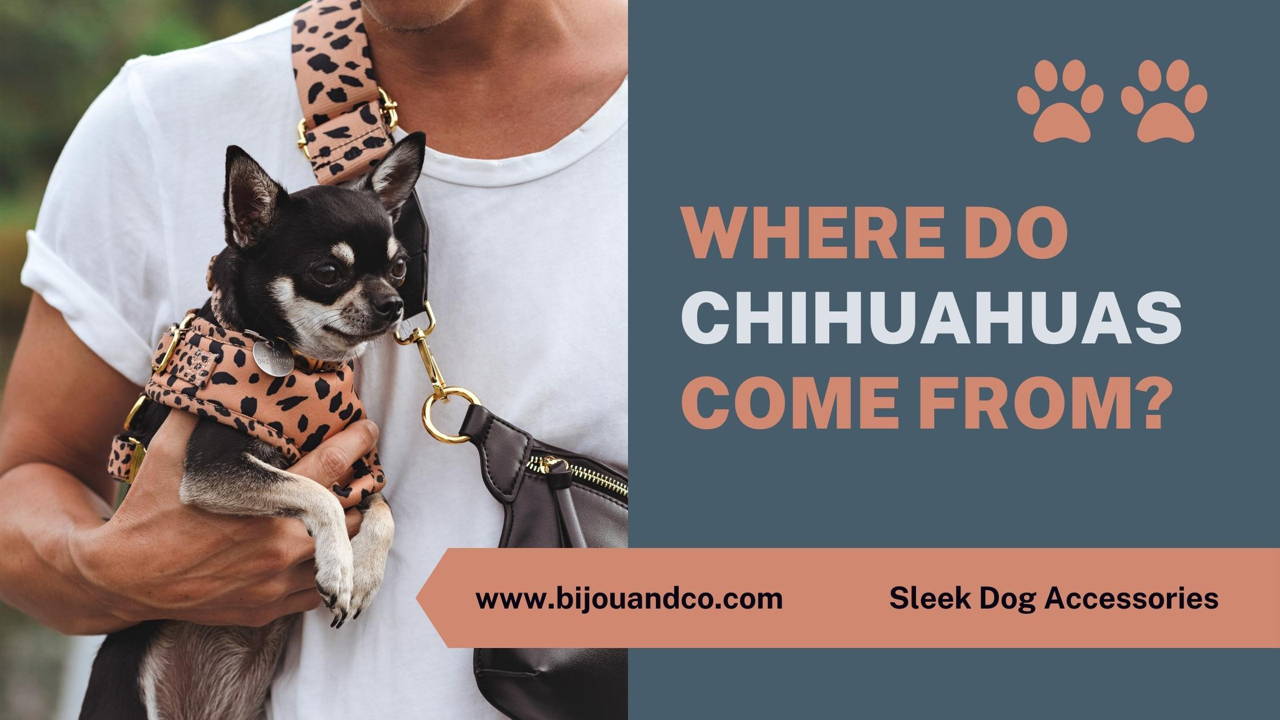 For years the Chihuahua has been known as an extremely famous accessory breed thanks to the likes of pop culture. These tiny dogs have been carried around in handbags and draped over the arm of their owners for all to adore by fashionable people on television or in the movies for some time now. For a fun comparison, think of Elle Woods and her tiny Chihuahua, Bruiser, from the movie Legally Blonde.

But where do Chihuahuas come from? What is the origin of these curious pups? Are Chihuahuas Mexican? Or is there more to it than that? These are the question we hope to answer here today. 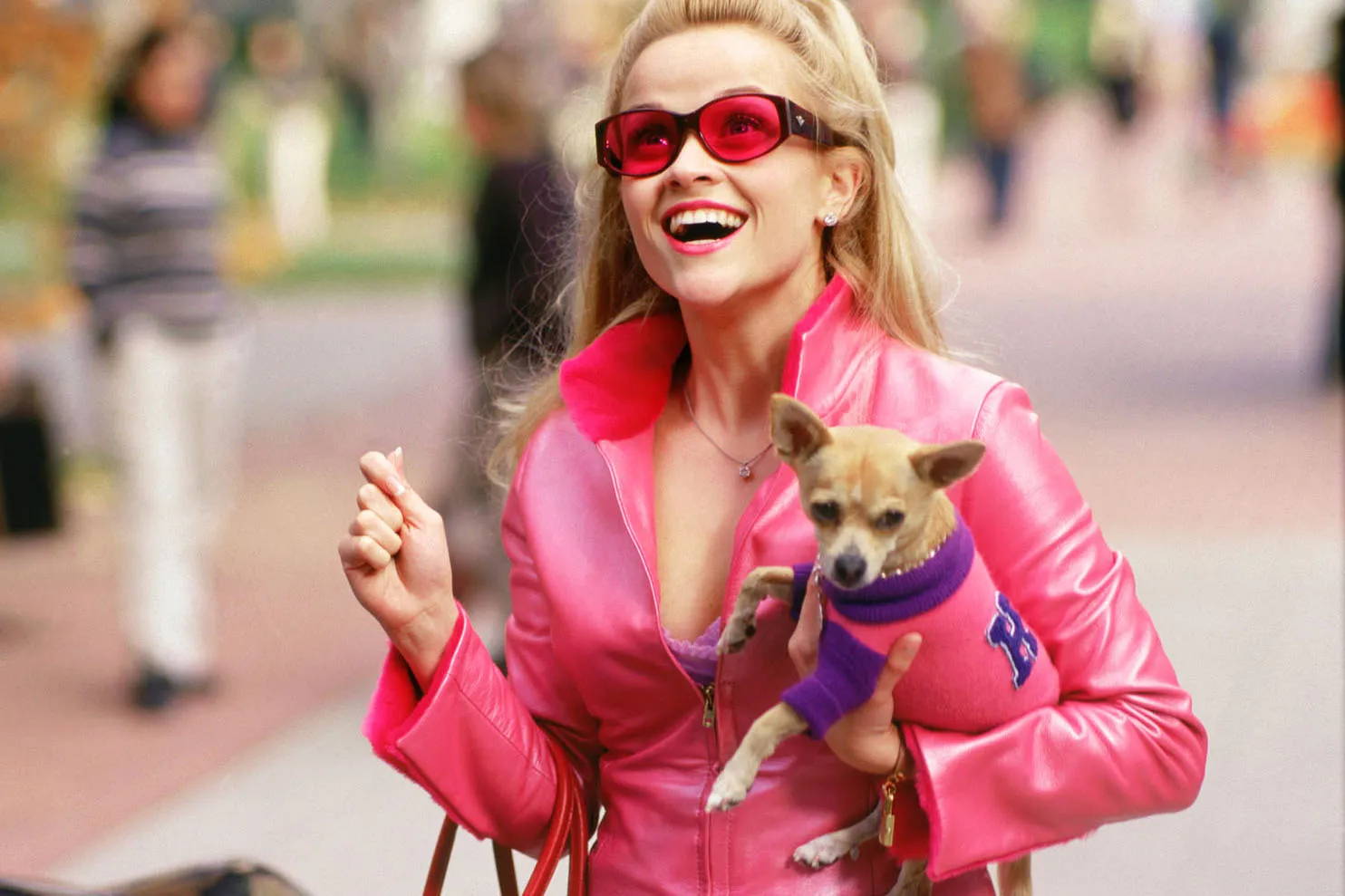 Where do Chihuahuas originate from?

So, what is the history of Chihuahuas?

The origin of Chihuahuas is perhaps more exciting, exotic, and fascinating than you might think.

These tiny dogs have a long history with the Chihuahua ancestry stretching as far back as the 9th century and spanning from Siberia to Mexico.

Far from being descended from a line of pampered lapdogs, Chihuahuas are in fact descended from America’s original wild dogs. Their bloodlines were molded by one of the most powerful empires that have ever ruled the American continent.

Let's find out how this cute and sassy breed came into existence by learning the full chihuahua story and discovering the extensive ancestral history of Chihuahuas. 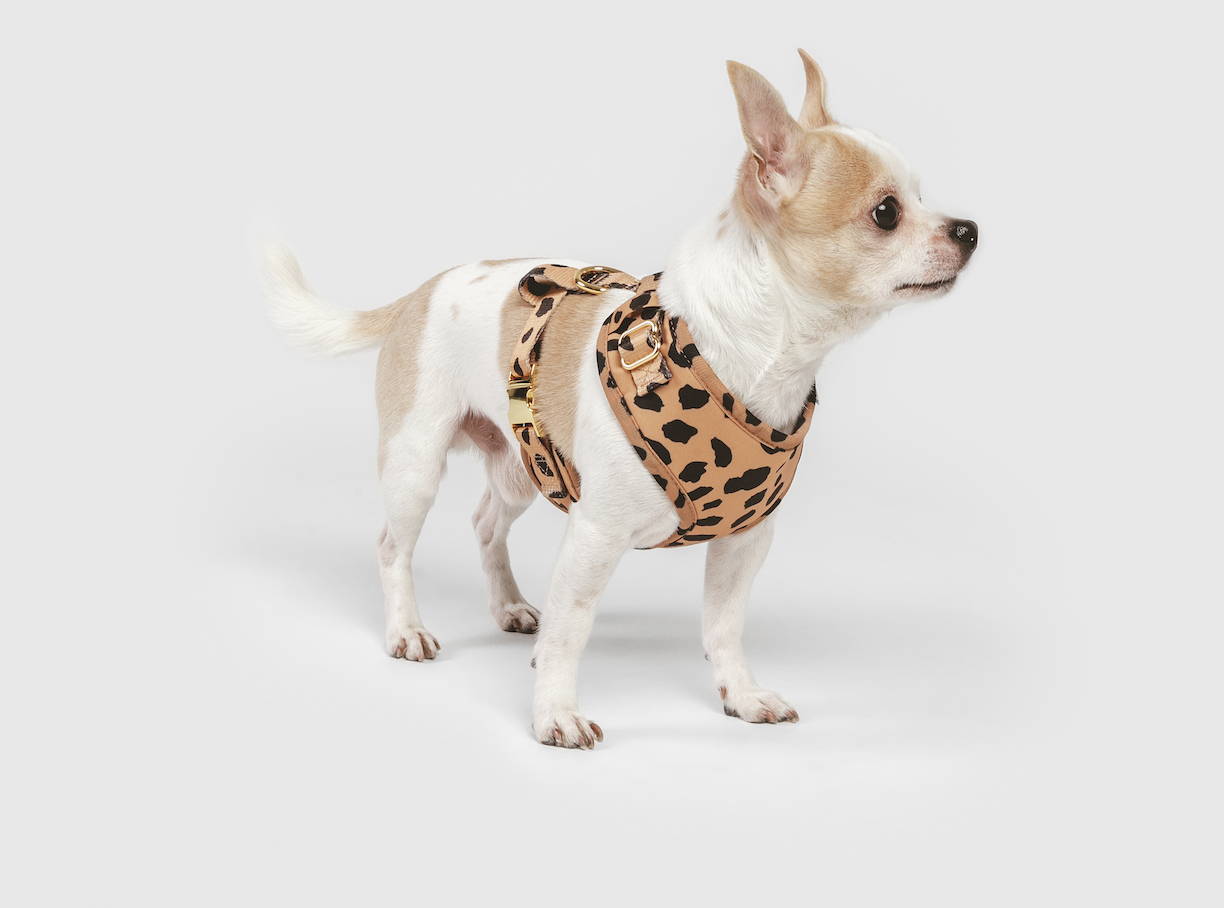 The ancient origins of Chihuahuas

Chihuahuas may be tiny, but there's nothing diminutive about their lineage. The native dog breeds of the Americas (Chihuahuas included) can have their ancestry traced all the way back to the 9th century wild dogs of Mexico.

Though it’s worth noting that the origin of all North American dogs can be traced back to the Ice Age, eventually leading to the Chihuahua we know and love today. Chihuahuas entered North America from Siberia across a land bridge that existed between the Eurasian continent and the North American continent around 13,000 years ago. 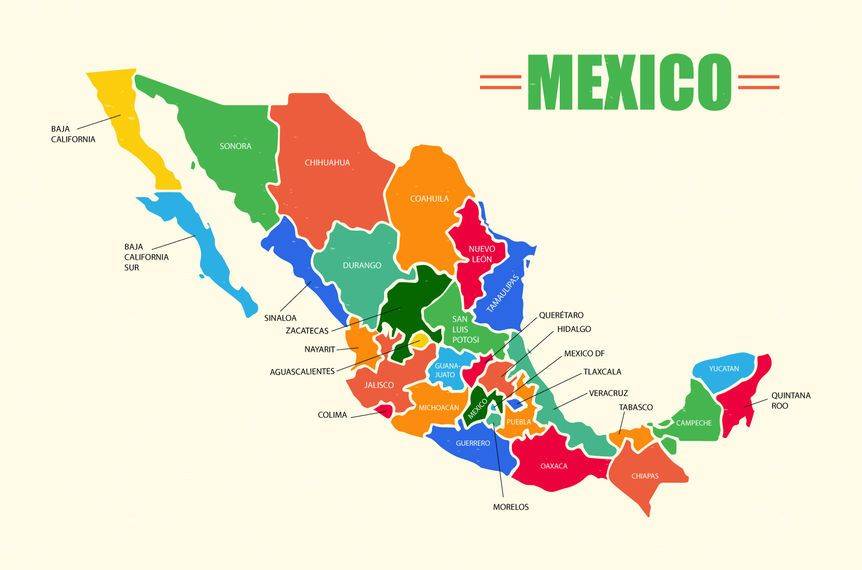 Chihuahuas in the ice age

With so much of the world's water locked in ice during the Ice Age, the oceans were much lower. The gap between the Eurasian and North American continents, which is now known as the Bering Strait, was still accessible on dry land at that time.

All animal species and, indeed, the continent’s first humans, were able to walk between the two continents with relative ease (or as much ease as can be expected at the time) and populate the vast, empty new world of North and South America.

But as the climate of the planet warmed up, the ice sheets began to melt and the oceans rose, submerging the land bridge between the two continents. meaning the ancient Chihuahua ancestors would now be isolated on the American continent for the next 9000 years. 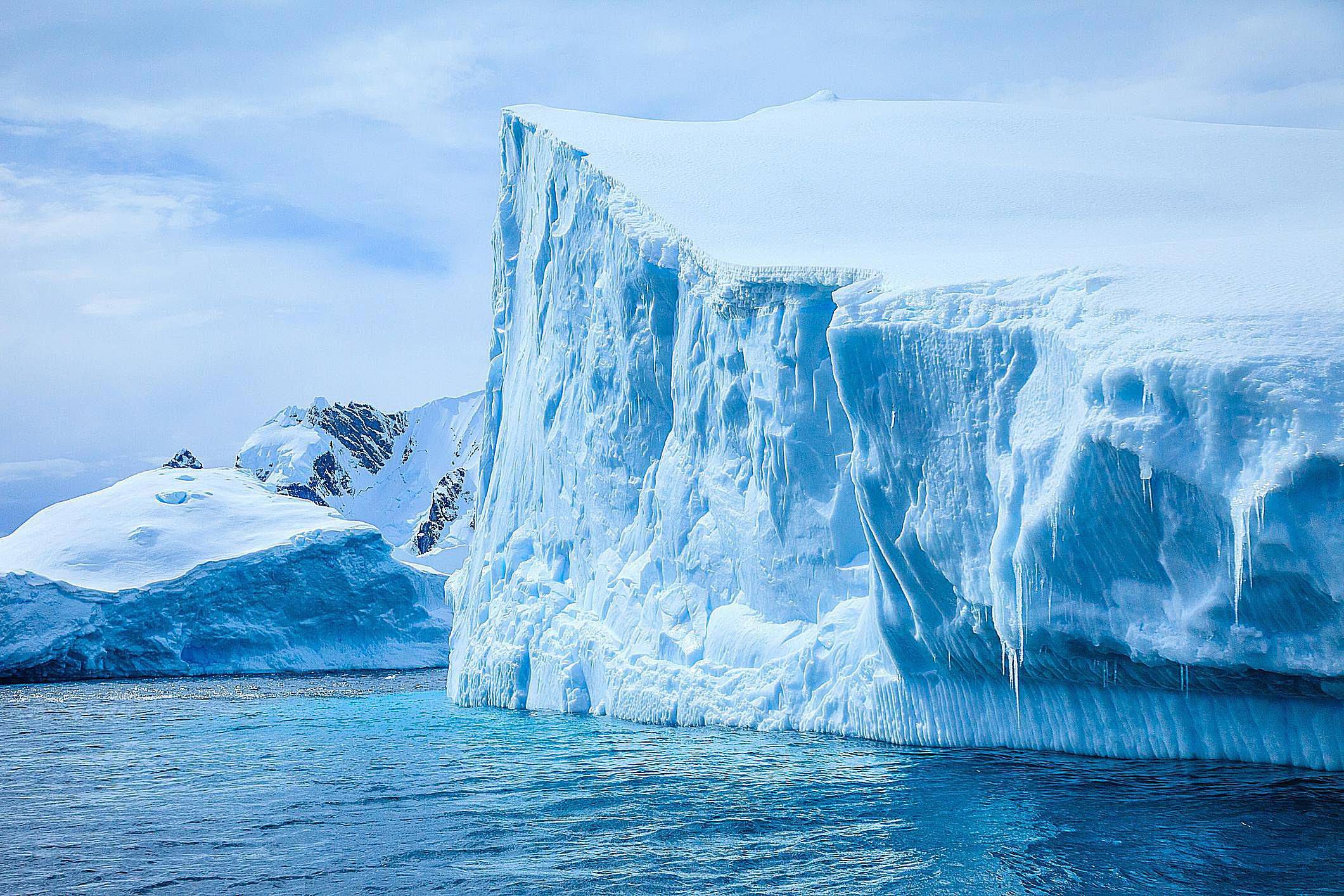 The archeological records of Mexico and Central America show that dogs played an important role in the lost civilizations of the region. Some of the world’s greatest empires ruled over this part of the Americas, and for them, dogs were an integral part of everyday life.

Chihuahuas, though they won’t have originally been known by this name, were one of several small dog breeds favored for companionship over the years. But there was one breed in particular in North American history that is believed to have been the first true Cihuhauhua ancestor, the Techichi.

It all started with he Techichi breed

The Techichi was a small desert canine that was first domesticated by the Mayan people who were an early Mesoamerican tribe from Mexico. The Mayans created images of Techichi dogs in clay sculptures that date back as early as 500 BC. These beautiful dogs bare a remarkable resemblance to the modern-day Chihuahua.

Scientists believe that the ancient Techichi dogs were larger than today's Chihuahua and may have ranged in size from between 10 and 20 pounds making them more of a medium-sized breed as opposed to the teeny tiny pups we know today.

The images of Techichi dogs carved on Mayan tombs and temples are instantly recognizable for their similarity to the Chihuahua of today. These similarities include large ears, small, short, pointed snouts, large round heads, and short stature. It is strongly believed that the uncanny similarities between the two breeds are clear indicators of the biological relationship between Chihuahuas and Techichis. 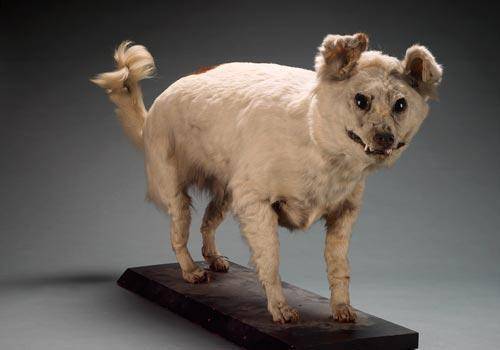 The Toltecs domesticated the Techichi

The Toltecs were an advanced civilization that conquered the Mayans around 1100 AD. Their technology of the time allowed them to construct stone pyramids and totem poles which they decorated with images of animals, including their Techichi dogs.

The Toltecs fully domesticated the Techichi and further developed the Chihuahua breed by crossing Techichis with other dog breeds native to the Americas. It is believed that the key breed used in the cross-breeding period was a mountain breed from the province of Chihuahua called the Perro Chihuahueno.

Archaeological evidence has led archeologists to believe that the Perro Chihuahueno was a foraging dog that lived in carefully made dens created by digging holes in the ground. Much like a fox hole. 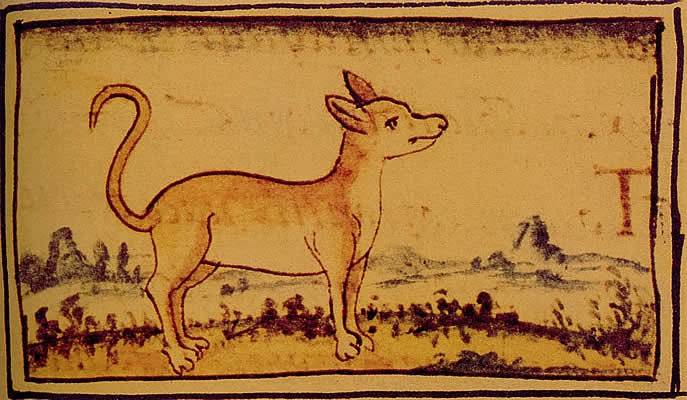 The Toltecs were, in turn, conquered by the Aztecs in the 12th century AD. The Aztecs brought the Techichi into their culture as companions and as animals to be used in religious ceremonies. It was common for affluent Aztecs and also clergy to own Techichi dogs as pets.

Though it is worth noting that at this point the development of the modern-day Chihuahua was well underway, with Techichis losing popularity steadily as the years passed. Remains of Techichis have been found in several locations over the years, including inside pyramids and at multiple gravesites of Aztec people. For this reason, archaeologists believe that Aztec people used the dog as a spirit guide for the afterlife. 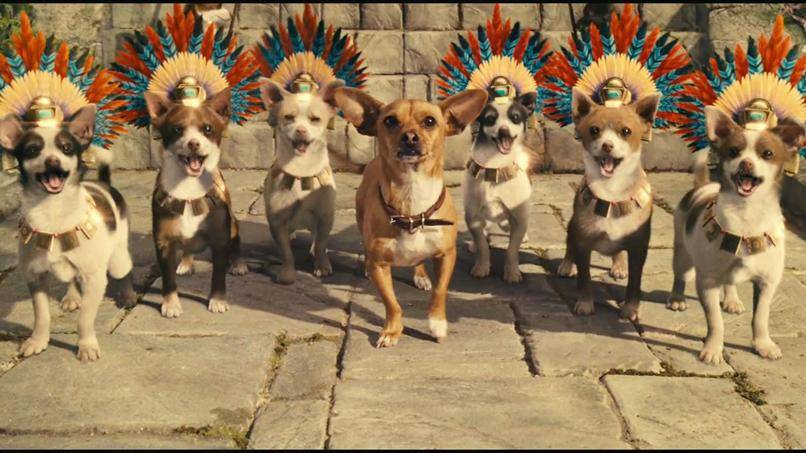 The Spanish arrived with other dog breeds

When the first Spanish explorers arrived in South America in the early 1500s, they brought European dog breeds with them on their ships. These dogs would go on to interbreed with the native dog breeds, including the Techichi, which is thought to have resulted in the different color patterns of the modern-day Chihuahua listed in the breed specifications. 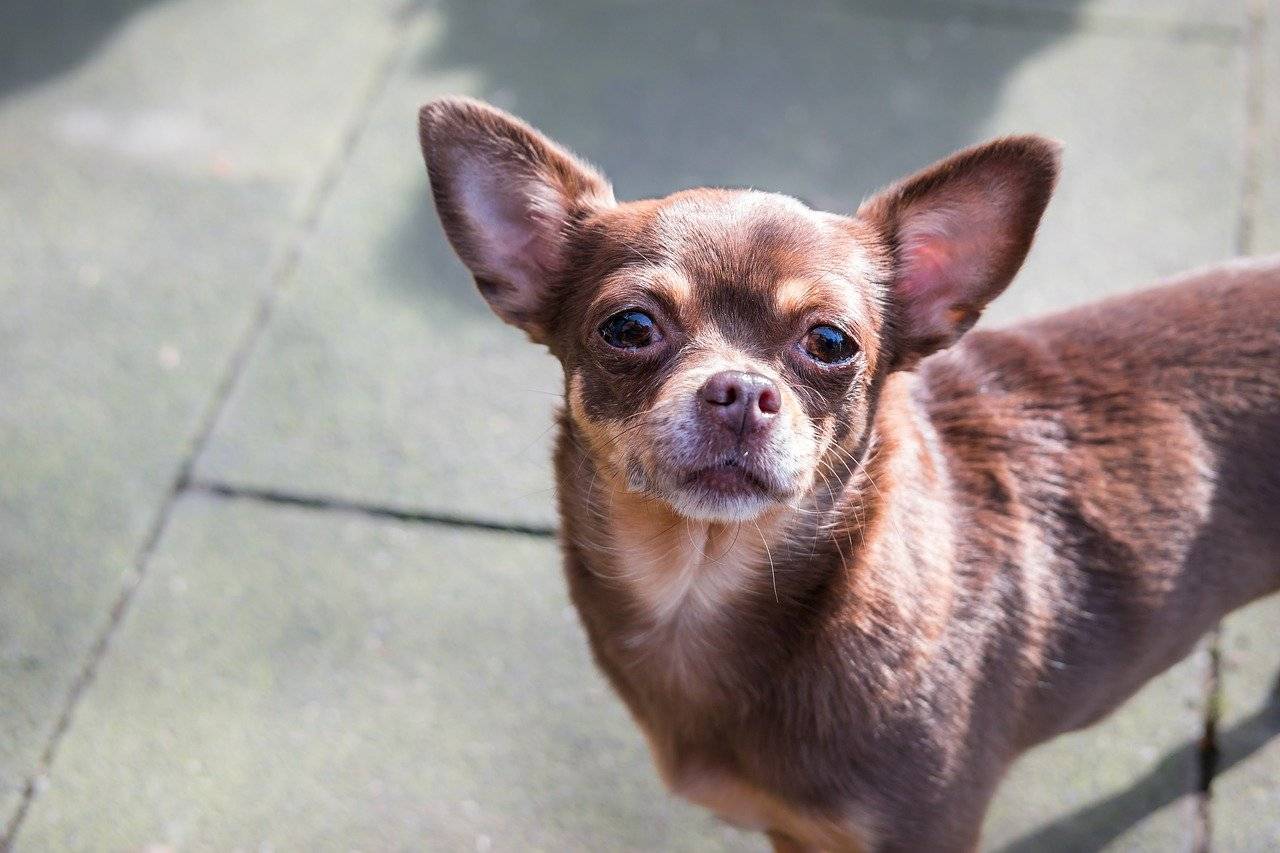 Thought of as predominantly a Mexican breed owing to their roots in the ancient Mexican Toltec civilization, Chihuahuas have spread to all corners of the globe with continuously increasing popularity. Funnily enough, thanks to selective breeding across the world, a Chihuahua dog in Mexico can look quite different from a Chihuahua dog in central America - depending on the breeder.

Chihuahuas today have many significant differences from their Techichi roots, includinglonger legs, smaller bodies, larger ears, and a new domesticated nature that has come from years of careful breeding for companionship. However, they do retain some of that wild instinct to protect themselves and their pack, though this train is far more manageable with modern training techniques. 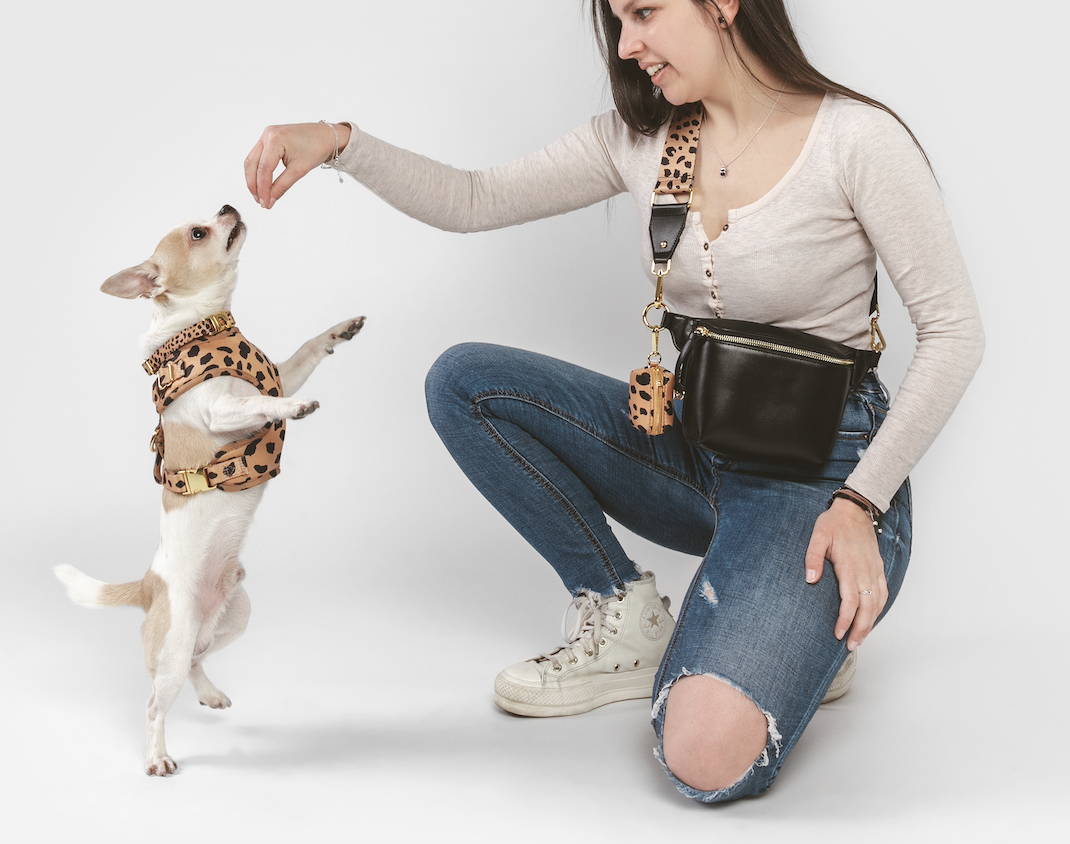 So, how did the Chihuahua get its name? Aside from the fact that the breed crossed with the Techichi to get the Chihuahua was named Perro Chihuahueno, Chihuahuas also take their name from a mountainous province located in the north of Mexico named Chihuahua. The Chihuahua region borders the American states of Texas, Arizona, and New Mexico.

The popularity of Chihuahuas today

The first official registration of a Chihuahua in the United States was a dog called Midget, which was entered into the studbook of the American Kennel Club in 1904, along with three others.

By 1913, thirty Chihuahuas were registered in the States. The number continued to grow rapidly until, in 2012, there were only over 40,000 Chihuahuas registered with the A.K.C.

The Chihuahua breed's popularity reached an all-time high in 1997 after a Chihuahua bitch named Gidget featured in a Taco Bell commercial with a famous catchphrase: “yo Quiero Taco Bell”, which means “I Want Taco Bell.”

The Chihuahua’s history is grand, fascinating, extensive, and inspiring. This fantastic breed has traveled far and wide throughout the centuries to get to the point they are at today. Although the spirit of those now-extinct ancient wild dogs that migrated from the Arctic wilderness to the Americas may be almost gone, some of it lives on in Chihuahuas to this day. 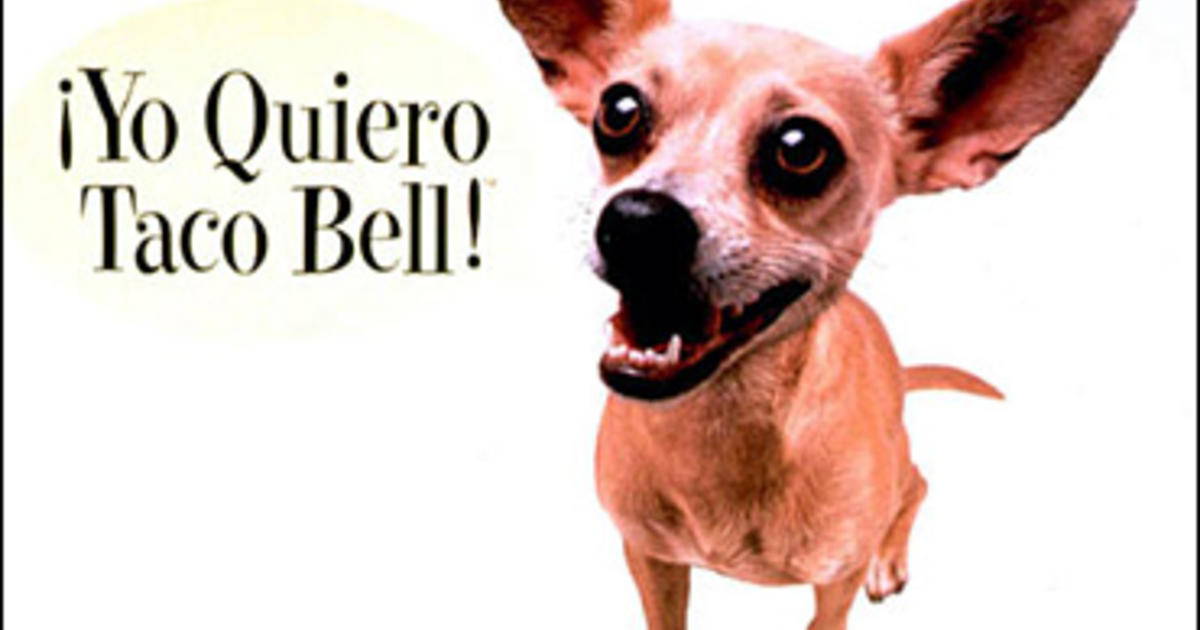 Many believe that the Mexico is the origin country of this Chihuahuas. Whilst this may be true for a large part of their history, Chihuahuas can actually be traced back to the Eurasian and North American continents before the Ice Age.

Original Chihuahuas were slightly larger with shorter legs and smaller ears. This is due to the breed they were bred from, known as the Techichi. Techichis were larger than Chihuahuas and more muscular according to archaeological findings. After years of selective breeding between the Techichi and Perro Chihuahueno we were left with the Chihuahua we know today.

When were Chihuahuas discovered?

Chihuahuas weren’t so much discovered as they were created. The dog breed that the Chihuahua originates from was called the Techichi dog. Techichis were kept by the Mayans as far back as 500BC, followed by the Toltecs, with selective breeding believed to have begun around the early 12th century AD during the Aztec era.

When do Chihuahuas stop growing?